When Jonathan Izak looks at AutisMate, he wishes something similar had existed when his brother was younger.

The iPad app, which Izak and colleagues have spent the last 18 months creating, is designed for autistic children — kids like Izak’s brother. 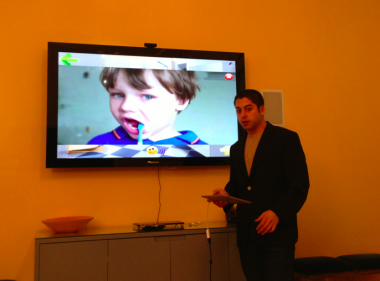 “I think it definitely would have helped him [with his] acquisition of language,” Izak said.

In recent years, the iPad has been a hotbed for apps designed to help those with autism and other special needs, so AutisMate will have plenty of company when it hits the App Store later this week